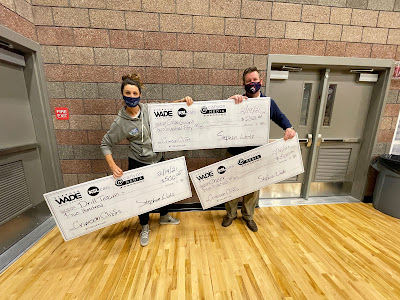 The Mustangs came to the court to try their hand (or should we say hooves?) at the Shoot4Cash halftime show!

We held our fourth Shoot4Cash event at the Crimson Cliffs High School vs. Snow Canyon High School game on February 19th, where we gave away a total of $1,250 to three Crimson Cliffs clubs.  We love supporting our St. George clubs and basketball teams!  Here is a recap of which Mustangs won money during the show:

Watch Drill score $500 with no problem at all and 18 seconds to spare:
Watch Cheer make their $500 half-court shot just as the buzzer went off:
Watch as Color Guard earned $250 for their club:
We can still feel the energy from the room!  We couldn't believe just how easy the Mustangs made the Shoot4Cash challenge look.  Dare we say it's as engaging as watching the actual basketball game?  This is the most money we have given in one night during this season.  So far we have awarded $3,500 this season, and we still have one more event to go.
Stay tuned for our final Shoot4Cash event on February 26th at Desert Hills High School, where three Desert Hills clubs will shoot for their own chance to win $500 each.  Can the Thunder beat what Pine View, Dixie, Snow Canyon, and Crimson Cliffs have won this season?

Read about our previous Shoot4Cash show here, where we gave away $600 in total to Snow Canyon Girls' Basketball, Cheer, and Latinos In Action.

You can also read the St. George News coverage of the February 19th Shoot4Cash here, brought to you by our sponsor, Canyon Media.

Shoot4Cash is a halftime show held at Southern Utah high school Boys' Basketball games.  Three participants have a chance to make as many as four progressively longer shots within a 30-second time limit to win a maximum of $500 toward the club they represent:  starting with a layup ($50), then a free throw ($100), followed by a 3-pointer ($250), and, finally, a shot from the half-court line ($500).
For the 2021 season, the Shoot4Cash halftime show is sponsored by Goldenwest Credit Union and Canyon Media.  Thank you for making this possible and for helping us give back to our community! 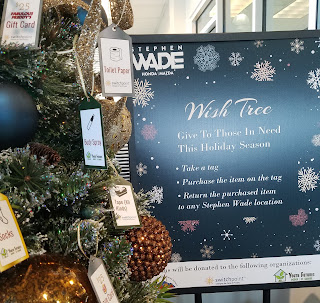 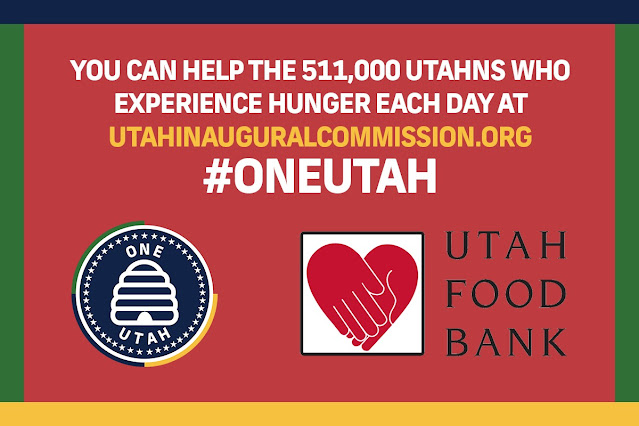